Bare land outside the city of Olyokminsk, south of Yakutia

Videos and images show the unusual lack of snow in Olyokminsk, Mirny and Oymyakon, the world’s coldest hub, at a time of year when people in the coldest permanently inhabited region on the planet usually don their thick fur coats.

Yakutia – also known as the Republic of Sakha – is the largest entity in the Russian Federation, a region almost as large as India, renowned for its diamonds and permafrost.

Lyubov, 38, a local librarian in Olyokminsk, said: “It’s really dusty here now. We have snowfall and the ground is frozen, but the snow cover – typical of this time of year for us – is not setting in. The snow continues to melt.

“The air temperature is also warm for this time of year. It has held up to near zero or just above.

“As my mother Tatiana says, she can’t remember such a warm and snowless fall. She is 69 now, in her youth she now wore big fur coats and fur boots, the river would be frozen over and there would be a solid layer of snow on the ground.

Snow on strike in Yakutia; videos shot in November 2021 show bare ground outside the city of Olyokminsk in southern Yakutia, and very little snow – very unusual for this time of year – inside Olyokminsk

In Mirny, it is colder – around minus 12 ° C – but locals report an unusual lack of snow deposited through Sunday, and forecasts suggest that mild weather, by Siberian standards, will continue.

The air temperature in Oimyakon, the coldest permanently inhabited colony on the planet, is usual for November -31C. Frost covers the trees and the ground, but there is no snow.

Temperatures of up to 12 ° C above the norm are forecast for Siberia this week, and other regions of Russia’s 11 time zones are also unusually warm, said Dr Roman Vilfand, scientific director of the Russian Federation. Hydrometeorological center of the country.

“The anomalies on Friday and Saturday will be in double digits in Moscow, as well as in the Vladimir and Ryazan regions,” he said.

“An 8C degree anomaly covers all of central European Russia, the entire Volga region, the Urals, all of Western Siberia, the northern half of Krasnoyarsk Territory with 12 degree anomalies, and Yakutia.” 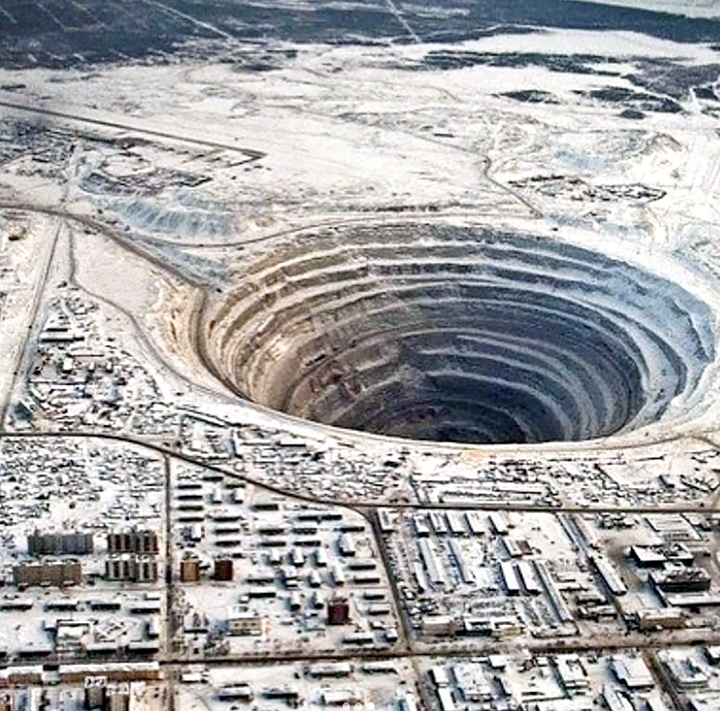 Residents of Oymyakon, the Cold Pole (above) and Mirny in Yakutia report very little snow in November

Mikhail Zheleznyak, director of the Permafrost Institute of the Siberian branch of the Russian Academy of Sciences, told YSIA that over the past half century, average temperatures have warmed up to 4 ° vs. Warmer conditions cause the permafrost to thaw.

“The climate has changed and will continue to change,” he said. “But the most intense changes are taking place in the southern part of the permafrost zone – where we see the idleness and subsidence of the permafrost.

“Now this is the center of Yakutia, where the ice is located near the surface. The depth of seasonal thawing here increases.

This trend has “serious consequences” for Russia, where about two-thirds of the country is made up of permafrost, he said.